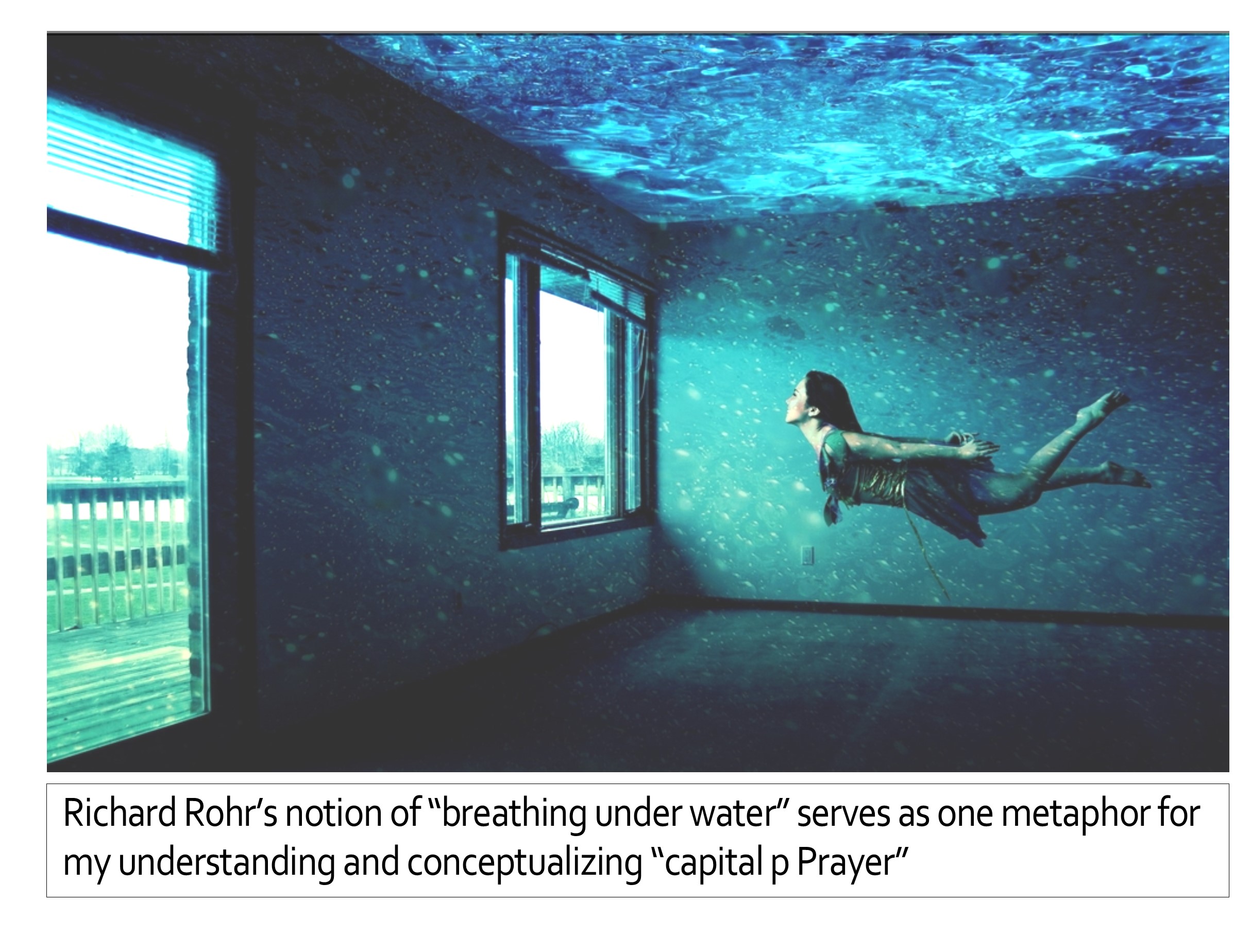 At an existential, everyday level of thinking, sin is thought to refer to “bad things one does” such as theft adultery, murder, gossiping, judging and so forth. But as William Temple pointed out, these things are only symptoms of a deeper disease. He says there is only one Sin (with a capital S), and that is putting ourselves in the center of our lives and other people’s lives where only God should be. Sins with a small s are those specific things we do as a result of putting ourselves in the center (like stealing, adultery, and trying to control people).  (Keith Miller, A Hunger for Healing, p. 3)

Capital S Sin, then, is the pride that would seek to put us and our control at the center of life and living.  (The Ancients of our faith had a phrase, incurvatus in se, “curved in [or wrapped up] in self.”)  All lesser, more specific actions and dispositions of the heart, derivative thereof, constitute our sins.

It becomes, for me, a great schema for framing my thoughts about and impressions of prayer(s) versus Prayer.

To borrow and adapt from Miller, above, “at an existential, everyday level of thinking,” prayer is thought to refer to any number of conversations (or monologues) with the Divine and Sacred.  Most tightly, we might list here any number of “wordy” moments before and with God: morning times of intercession, various recitations of the Lord’s Prayer, prayer in worship, engagement of formal prayers (like those in the Book of Common Prayer), Grace spoken over mealtime,…  To these obvious [little p] prayers I would add others – some, clearly spiritual [and Christian]… and some not-so-traditional or acclaimed.  Here, I’d include, at least for myself: journaling, Bible Study, spiritual reading, worship in general, Holy Communion, yes.  But, also, a walk in nature, a soulful conversation with another, a good movie or play or book, various “thin moments” (as when I am baptizing a baby or waiting alongside a deathbed),…

In fact, it’s this ever-widening circle of “little p” prayers that points me towards a definition of Prayer (with a Capital P).

Bill Bright gave me the first handle for this overarching understanding of prayer – though the words he used were confined to the specific act [or little p prayer] which is “confession.”  “Spiritual breathing” was the term he coined for that vital exchange — exhaling the bad and inhaling the good (including forgiveness).  (cf., this article in which Bright unpacks this notion of confession as “spiritual breathing”)

It has become, for me, though, a more overarching way of understanding Prayer – suggesting the dynamic that is going on in all prayers and praying.  It is a metaphor that is reinforced, if not modified by, several scripturally-based conceptions:

Pulling it all together (and seeking a compelling metaphor with which to frame it all), a variety of phrases/images come to mind – giving some definition of this Prayer (with a Capital P).  There’s a sense of an ongoing dance – with God, neighbor, self, creation.  “Breathing Under Water” (the title of Rohr’s book on 12-Step Spirituality) comes to mind, as well – our discovering and claiming what it is to constantly breathe in our true and ultimate milieu, God.  But, perhaps the kitchen-monk of the early 1600s, Brother Lawrence, put it best.  Though his is not so much an image/metaphor, the notion of our “practicing the presence of God” captures the sense of unbroken, intimate communion with the sacred and Divine which constitutes what I am calling, “capital p” Prayer.  For me (and this may not be so much Brother Lawrence), it’s an intimacy and communion in which each and every breath is understood/affirmed to be in the company and presence of the Almighty (even when we’re asleep!).

Whichever way we put it, it’s clear, at least to me, that there’s an overarching spirit of Prayer which infuses and inspires all lesser expressions of prayer.  It is a consciousness marked by intimate communion with the Divine – by which and in which the command to “pray without ceasing” is fulfilled.

And, ironically, it (this capital P Prayer) is the opposite of – if not the antidote to – the Capital S Sin with which we began this discussion.  For, if the posture of Sin is arms folded across chests — embracing ourselves, keeping others and the Other at bay; the posture of Prayer is arms raised and outstretched – reaching up and out to Life and Lord and neighbor, seeking/yearning to embrace and bring it all in.

And you, dear Soul:
can you see/affirm this Prayer above and within all prayers?
And, if so, how would you image its nature?
(What metaphor would you employ to define “capital p” Prayer?