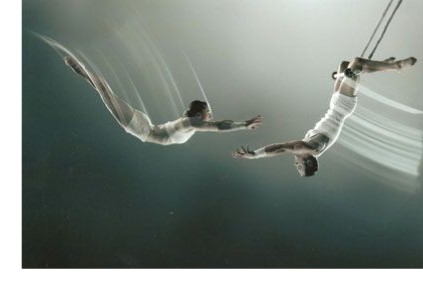 [Prefacing Note: This post represents a third installment (of four) on Joy as it is characterized in Paul’s Epistle to the Philippians [what some have called the “epistle of joy”… for all the ways the word appears throughout its four chapters].   Taking rich and meaningful words/concepts (like Joy) and distinguishing them from their secular-cultural counterparts (like “happiness” and “feeling good”) is a crucial task of spiritual formation.]

William Barclay speaks of the burden that religion had become (and was still becoming) in the time of Jesus and Paul.  So important to the Jews was the keeping of the law that each commandment (they counted 613 total in the Torah) was broken down into deeper and fuller specifics.  As one example, Barclay narrows in on just one kind of work forbidden on the sabbath: carrying a burden.

The Law lays it down that the Sabbath Day is to be kept holy,
and that on it no work is to be done.
That is a great principle.

But Jewish legalists had a passion for definition.
So they asked: What is work?
All kinds of things were classified as work.
For instance, to carry a burden on the Sabbath Day is to work.

But next a burden has to be defined.
So the Scribal Law lays it down that a burden is…
food equal in weight to a dried fig,
enough wine for mixing in a goblet,
milk enough for one swallow,
honey enough to put upon a wound,
oil enough to anoint a small member,
water enough to moisten an eye-salve,
paper enough to write a customs house notice upon,
ink enough to write two letters of the alphabet,
reed enough to make a pen’—
and so on endlessly.

These things to them were the essence of religion.
Their religion was a legalism of petty rules and regulations.
–William Barclay, The Gospel of Matthew (Vol 1), p. 124-125

We can imagine, then, the complete Joy —
when standing with God was not a matter of such complex rule-keeping
but a matter of simply accepting a relationship freely offered.
Even so, Paul writes–
in the wake of letting go of all these former laws and rules
as the basis of his being right with God:

7The things that I once considered valuable, I now consider worthless for Christ. 8It’s far more than that! I consider everything else worthless because I’m much better off knowing Christ Jesus my Lord. It’s because of him that I think of everything as worthless. I threw it all away in order to gain Christ  9and to have a relationship with him.  (Philippians 3)

It brings to mind a story which Henri Nouwen shares in
Our Greatest Gift:
A Meditation On Dying And Caring.  He recounts a time of following the Flying Roleighs, a German troupe for a few weeks… and a conversation with the leader of the troupe:

One day, I was sitting with Rodleigh in his caravan, talking about flying. He said, “As a flyer, I must have complete trust in my catcher, The public might think tht I am the greatest star of the trapeze, but the real star is Joe, my catcher. He has to be there for me with split-second precision and grab me out of the air as I come to him in the long jump.”
“How does it work?” I asked.
“The secret,” Rodleigh said, “is that the flyer does nothing and the catcher does everything: when I fly to Joe, I have simply to stretch out my arms and hands and wait for him to catch me and pull me safely over the apron behind the catchbar.”
“You do nothing!” I said, surprised.
“Nothing,” Rodleigh repeated. “A flyer must fly, and a catcher must catch, and the flyer must trust, with outstretched arms, that his catcher will be there for him.”
When Rodleigh said this with so much conviction, the words of Jesus flashed through my mind: “Father into your hands I commend my Spirit.” Dying is trusting in the catcher. To care for the dying is to say, “Don’t be afraid. Remember that you are the beloved child of God. He will be there when you make your long jump. Don’t try to grab him; he will grab you. Just stretch out your arms and hands and trust, trust, trust.”

Not to be lost in Nouwen’s meditation on death and dying
is the way that the metaphor services our reflections on joy and faith.
There’s joy (Divine pleasure and delight) in the sweet release which is faith – letting go of all that tempts us to be in control or think we are in control…
and trusting in God’s Grace to catch us and carry us to our completion.

One thought on “Faith: The Joy of Letting Go and Letting God!”