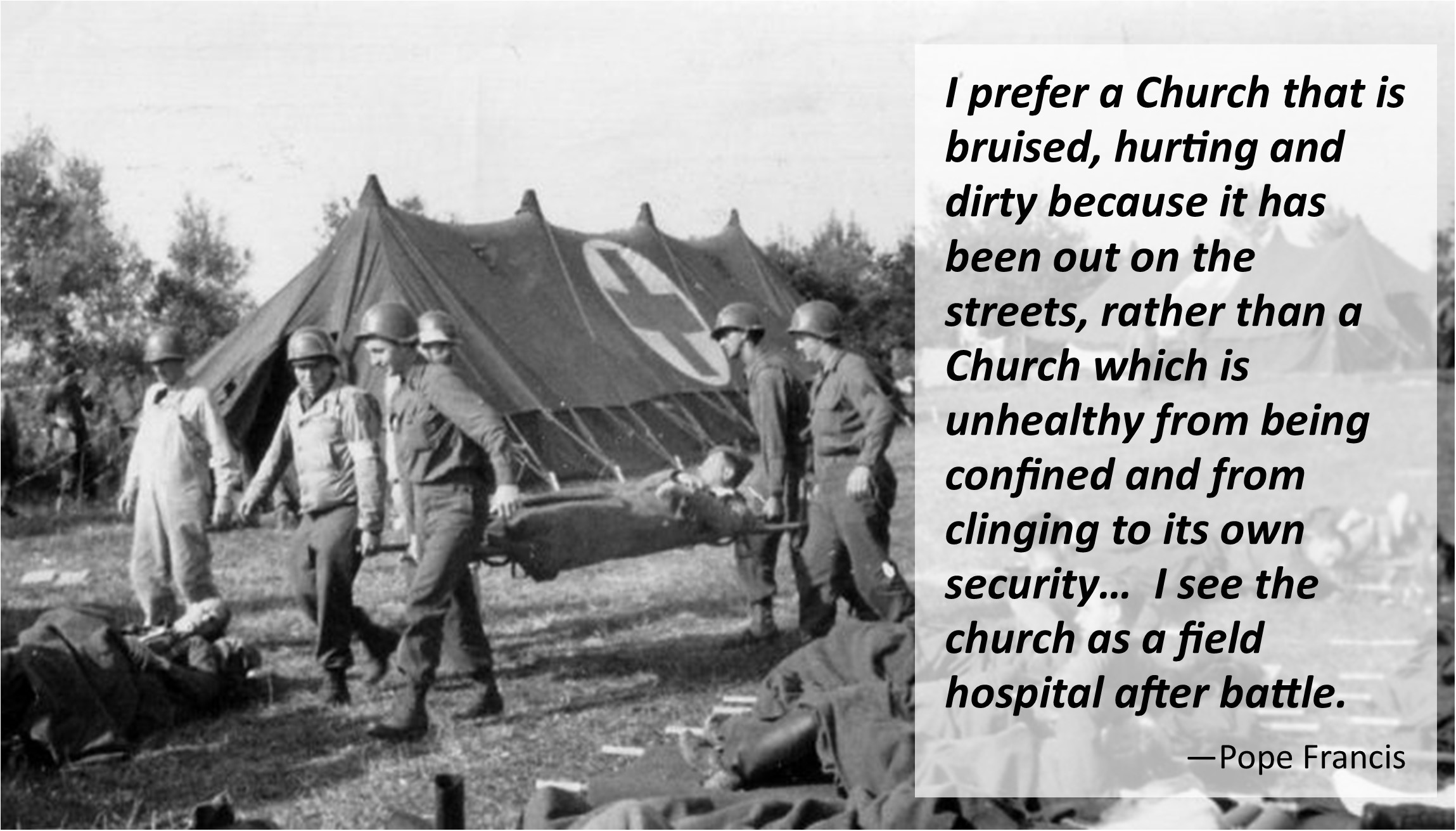 More than enough to chew on – material which resonates with other themes here in this blog: stages of faith, embracing “the discipline of disturbance,”…

Amidst the things that caught my ear and heart was Van Loon’s sharing a snippet from an April 2020 article by Father Tomás Halík in America magazine, entitled “Christianity in a Time of Sickness.”  It speaks to me of the nature of true community and its value and importance in our lives:

The church should be a “field hospital,” as proposed by Pope Francis. The church should not remain in splendid isolation from the world but should break free of its boundaries and give help where people are physically, mentally, socially and spiritually afflicted. This is how the church can do penance for the wounds inflicted by its representatives quite recently on the most defenseless. But let us try to think more deeply about this metaphor—and put it into practice.

If the church is to be a hospital, it must, of course, offer the health, social and charitable care it has offered since the dawn of its history. But the church must also fulfill other tasks. It has a diagnostic role to play (identifying the “signs of the times”), a preventive role (creating an “immune system” in a society in which the malignant viruses of fear, hatred, populism and nationalism are rife) and a convalescent role (overcoming the traumas of the past through forgiveness.

Over the course of time, the Church has variously been imaged  — if not formally, then unconsciously.  Van Loon points to the ways it has been perceived/regarded as a social club, entertainment hub, community center,…  I could add a few others—as, e.g., courier of eternal fire insurance and personal waste [sin] management.

Nothing fully and entirely wrong with any of these functions, I might admit – SO LONG AS THEY DO NOT BECOME THE PROMINENT AND PREDOMINATING FEATURE!!!

At the core of Halik’s metaphor of the Church and Christian community is a paradigm that goes back to the roots of the Church – and its kinship to Jesus Christ.

The Church as a field hospital: in my opinion, it is a solid and compelling image which stands firmly on its own – standing as a touchstone against which all lesser images/functions can and should be judged.