Prefacing Note:
Our newest issue of Ruminations (focused on the gifts of All Saint’s Day)

came out this week—a couple of weeks before November 1… in the hopes that it might support the work of pastors and small groups in this season.  The “All Saints” theme is an obvious backdrop to the focus of this post.

The “Prayers of the People” in the liturgy for morning prayer in the United Methodist Hymnal (#876) has us praying “for the communion of the saints.”  Over time, my thoughts have expanded about just who I am embracing as I make such an intercession. 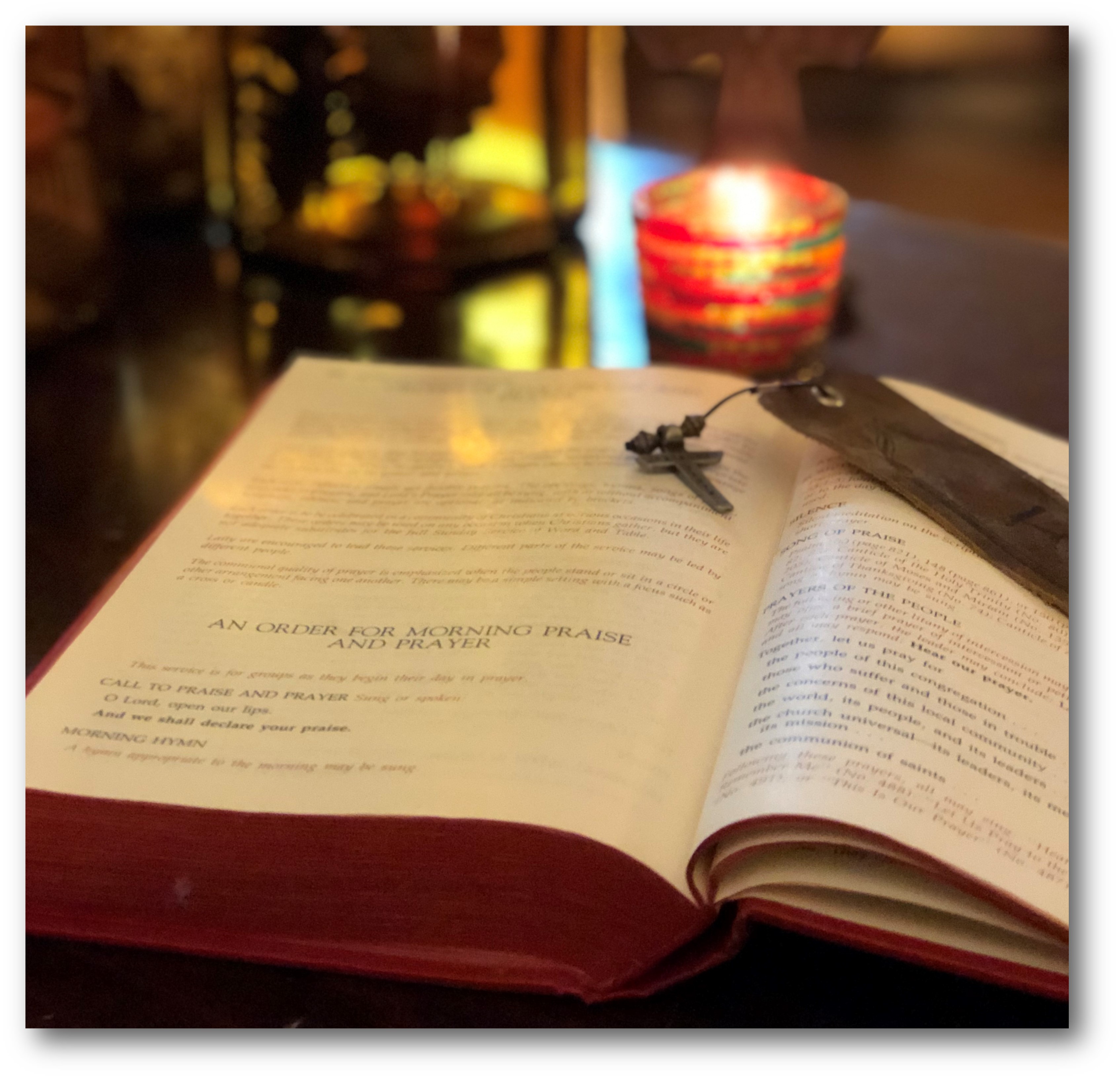 Early on, my thoughts were strictly focused on those “we love but see no more” – those whose life goes on in Christ.  I thought of the “biggies” but also those dear departed whom I hold up before God… and their ongoing life in Jesus.

In time, my thoughts and focus expanded to include prayers for myself and those who walk with me in this world — and our very present “sainthood.”  Yes, I know many are uncomfortable with or unaware of the Biblical understanding of sainthood—and our place as baptized believers in that company, that communion.  Frankly, I don’t have a problem with that understanding: that you and I are saints, or called to be saints.  Part of that is grounded in the fact that for us to stand before God some day, there’s going to have to be a radical cleaning up…  I want that and have no problem that God wants it and is about doing it, starting now.  Part of my understanding is grounded in my understanding that all the Saints we think of as Saints were not as perfect as we make them out to be:  Abraham, Peter, Paul…

And so, I pray: not just for those who have gone before, but for our own Sainthoods—our being set apart in Christ as signified in our baptisms: I pray that we’d live lives of increasing righteousness and faithfulness, living as those prepared to die… and dying as those confident of greater life to come.  (We may not like it [no more than we do calling ourselves saints], but I think there’s value to our praying about our death and dying every day.)

It was not until a few years ago that I began to conceive of still one other group that we should pray for as we lift up the communion of saints: not just those who have gone before and not just ourselves in this world, but all those who stand to come after us in the faith – those who stand to take their cues in the Faith, in part, from us.  Here, I am thinking of our children, yes, and our grandchildren…. but also all those individuals and generations with whom we may have no physical contact, but still a spiritual impact (however vicariously).

The emerging prayer—focused on past, present, and future—has a way of conjuring up the image of a relay race, with a baton of faith being passed from generation to generation.  Various commentators, in fact, tells us that that’s the very image at the heart of today’s Scripture lesson from Hebrews: not just a race (in which every one is in it for themselves) but a relay race in which we are in it—connected to a larger team and community.  Writes Vic Pentz: 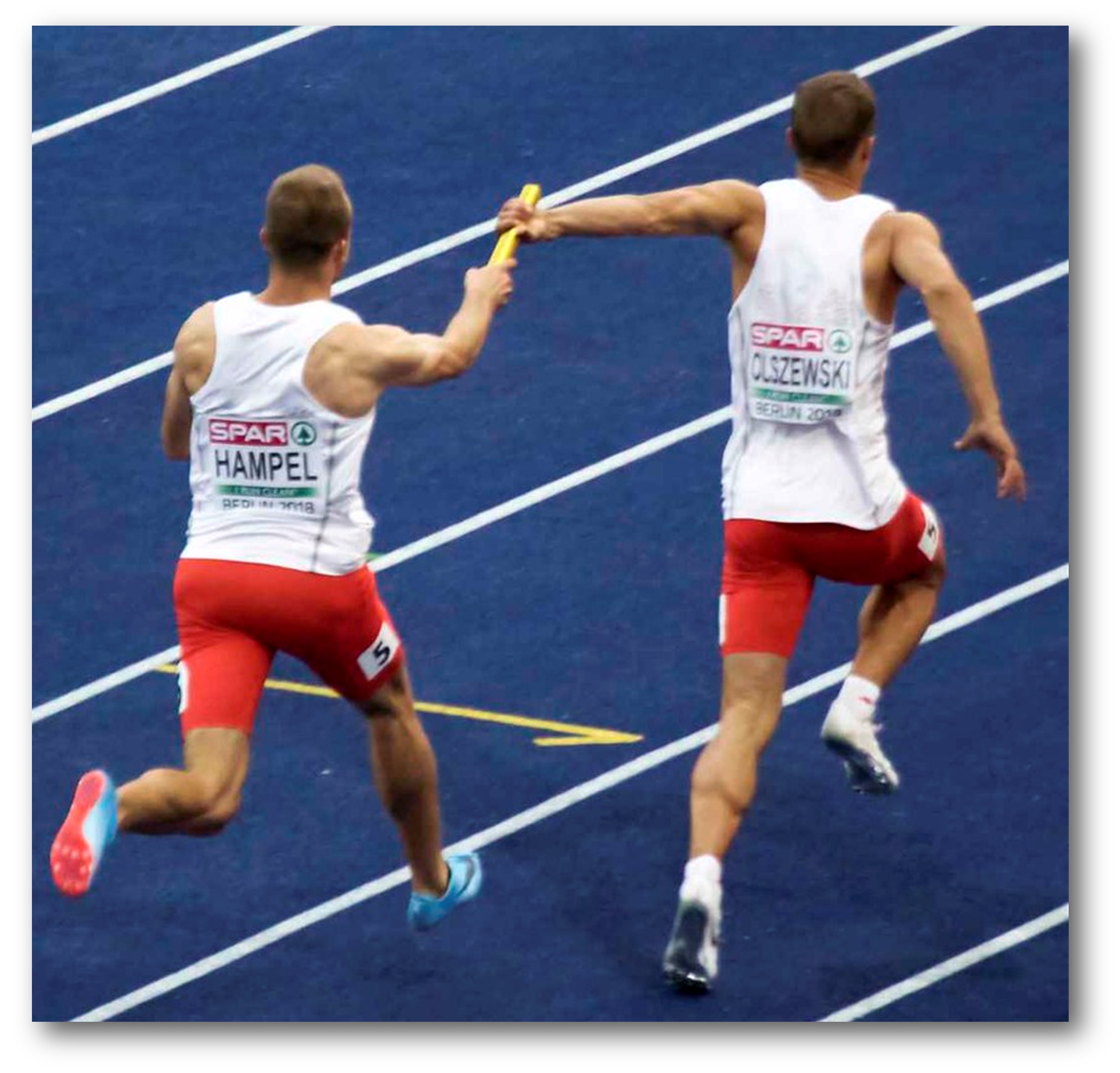 The Book of Hebrews speaks of a marathon of faith which is a relay race extending back to the time of Abraham. One generation passes the baton of faith to another generation, which passes it on to the next, and so it has gone throughout human history.  When one generation has finished the race, they go up and sit in the invisible balcony to sit and  cheer as the marathon goes on. Some day you and I are going to be up in that invisible balcony, but right now, we have our moment in the spotlight. This is our time to give our all, our life, for Christ. Meanwhile, those who went before us are cheering us on.  (Pentz, Looking to Jesus, 1/06/02)

This image in mind,
I can’t help but recall a story here from the Atlanta Olympics in 1996…

For failing to take practice times seriously, renown sprinter Carl Lewis was cut from the 4 X 100 relay team.  When the American team was defeated by the Canadians, the second guessing began: “what if Carl Lewis had run? would it have made any difference?”

“In actuality, replays showed that we lost the race in the exchange between the second and third runners. For a tiny sliver of a microsecond they struggled to pass the baton. That little bit of hesitation slowed them down enough so that the Canadian runners were able to win the gold.  It wasn’t the running that mattered, but the passing of the baton. Our runners were easily as fast if not faster than the Canadians. But in the end, that made no difference. When you fumble the baton, you lose the race.”

Preacher that I still am
(and ever looking for that “perfect” closer/prayer),
Steve Green’s “Find Us Faithful” comes to heart and mind…

P.S. Don’t miss, by the way, his powerful and important word, there at the end–
in which he conveys and affirms the delicate balance of our part and the Divine’s [greater] part in our spiritual formation!

2 thoughts on “Praying… for All the Saints”