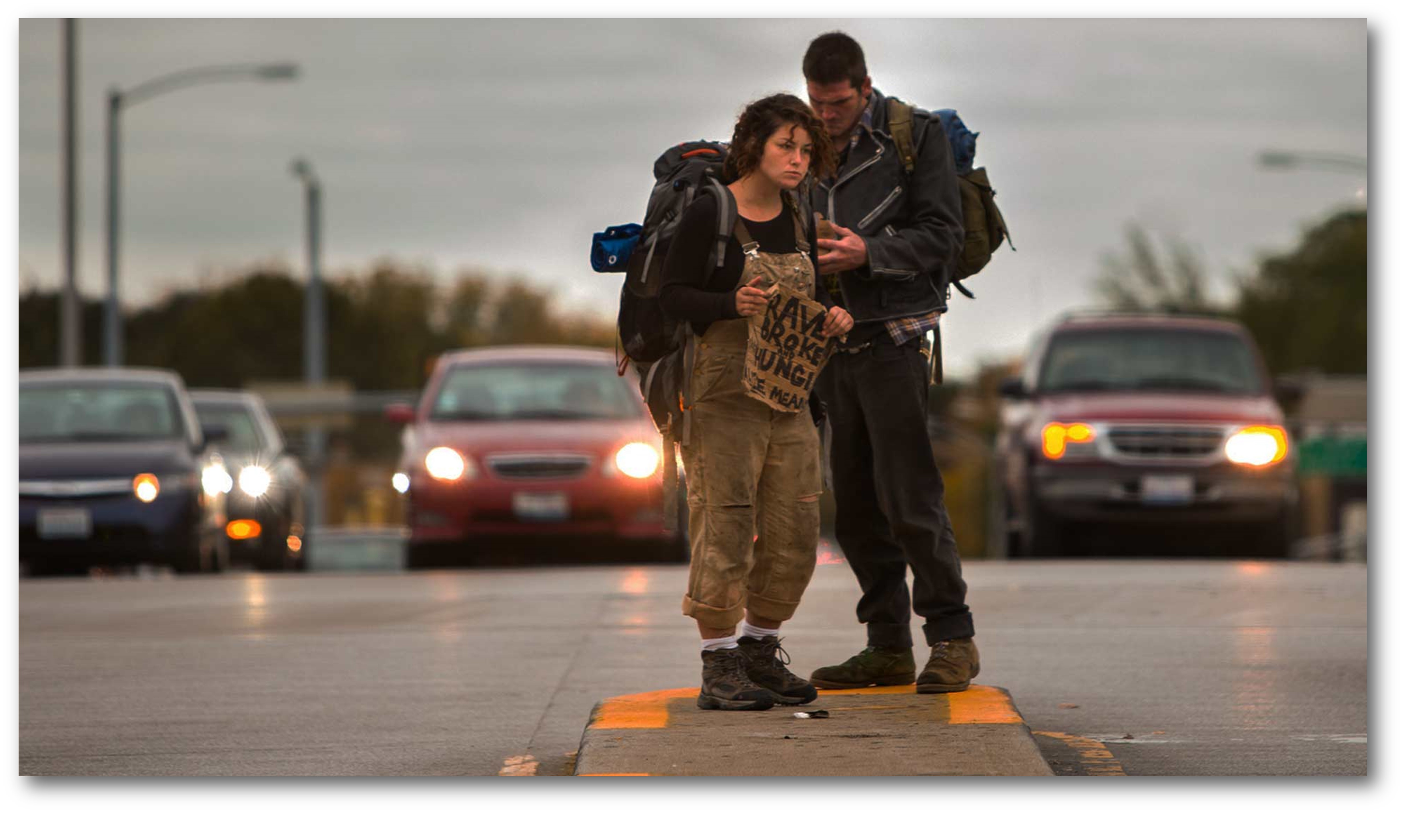 They came about this very same time of year—
seeking money for food.

The young couple explained that they had their tickets for the bus trip home.
All they needed was money for food for their three-day journey.

“Well, yes,” they told me, “the bus company won’t let you take food on the bus.”

When I offered to call Greyhound to see if there wasn’t some misunderstanding,
they clarified the reason: “They won’t let you eat on the bus.”

Again, I offered to call
and reasoned that, at least,
there’d be stops along the way.

Again, they refused my offer.
All they wanted was some money for food along the way.

“We’ll be able to give a voucher for some food at Kroger,” I finally told them. “It’ll give you the basics: peanut butter, bread, powdered milk,…”        I continued trying to explain that the church’s resources were limited and that we sought to help as many as   possible. (What I didn’t explain was one of the first rules for helping those seeking assistance at that Church: get ’em food, get ’em shelter, get ’em transportation when needed,… but never give them cash.)

[Yes, I will admit:
I did not offer much,
but I did [and still do]
consider it reasonable:
cost-wise and health-wise.]

“We need some meat and other things,”
she responded curtly, rudely—
listing these “other things.”
“I can’t live on
peanut butter sandwiches
alone for three days,”
she concluded
with a sigh of disgust.

Finally, after more than half an hour,
they were left with a choice:
they could take the help I was offering
or they could pursue other options.
Sadly, to me, they left—
deciding that they’d cut themselves off from what they needed
because they couldn’t get what they wanted.

And inside, I struggled—even as I still struggle:

And my mind and soul are drawn
to consider the greater season.
In Bethlehem (literally, the “house of Bread”),
God offered us the “bread of life”!
Given our needs, what more could we ask?
Oh, we may want other things,
we may thing we need other things,
but this Bread of Life is all we really need.

And I find myself praying:

God, forbid that I should be among those who forsake
receiving what I need because I do not get what I want.

Lord, let me be like Mary and Jesus who did not
necessarily get what was wanted all the time,
but faithfully accepted what was needed for all times.

Let it be.
According to your gracious and righteous Word,
let it be.