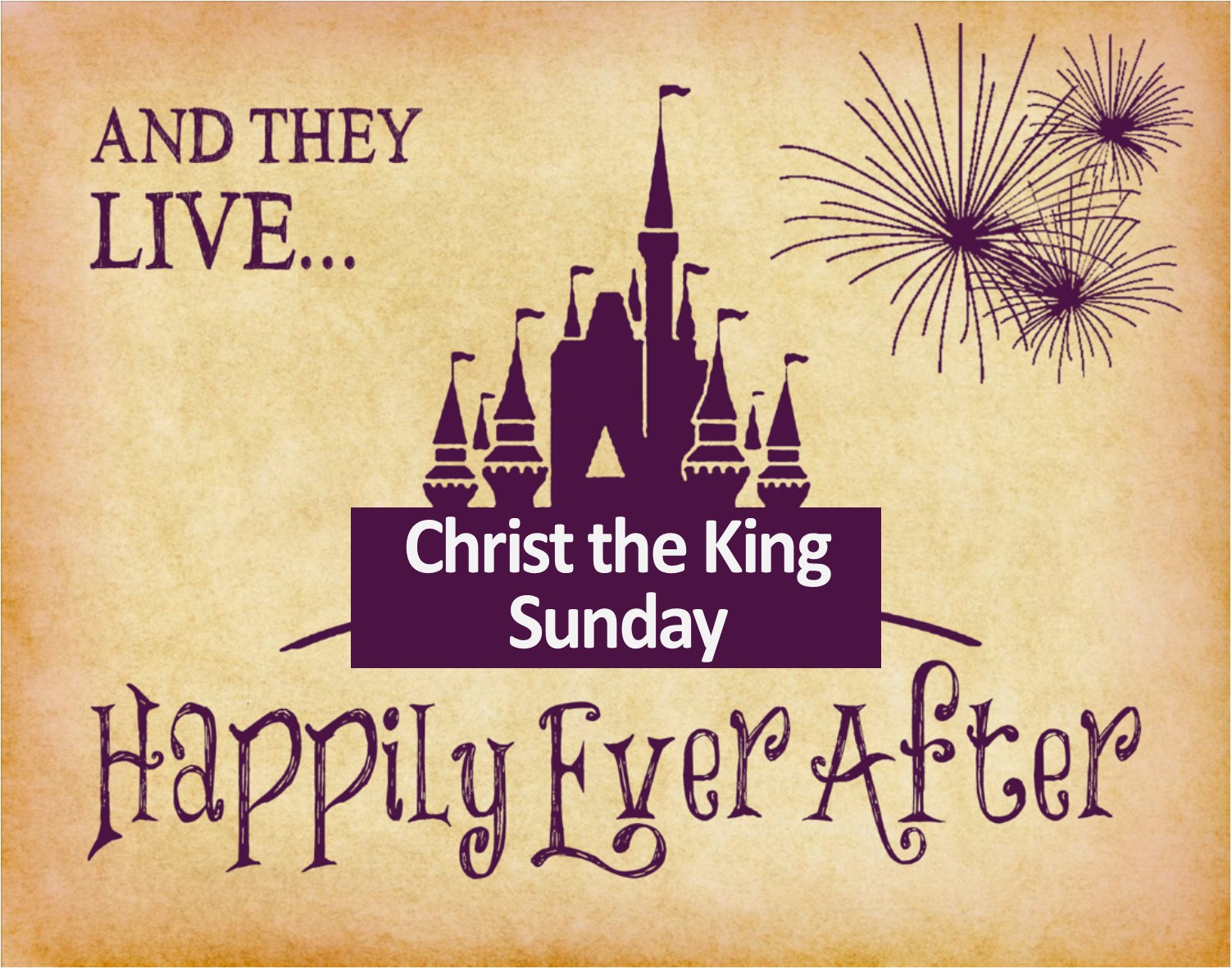 As we approach the end of the church’s liturgical calendar this coming Sunday, I can’t help but think of the [true] story given to me by a member of a former church. Unbeknownst to Ralph Mather at the time, it’s a story which epitomizes for me the message of Christ the King Sunday even as it remains the best summary of the book of Revelation I have ever heard.

It was enough to attract the attention of impish youth–of which Ralph admits being.

“On a regular basis, we’d give a book to the old man, only to return a few days later to ask him what he thought. He’d give us some kind of lame and ludicrous analysis. Somehow we thought it fun and worthwhile.”

“I remember the day we asked him what he thought of the Bible we’d given a few days previously,” Ralph continued. “‘Why, that old thing,’ the old man pronounced, ‘It’s just like all them others: in the end, they get married and live happily ever after!’”

When it comes down to it, friends,
isn’t that the fundamental
and essential message of
Christ the King Sunday
(and John’s Revelation)?

In the end,
Christ will
claim His bride
and we will live happily ever after!

Here, for those ready to jump on some kind of bandwagon, decrying the Gospel as fairy tale, I can not help but point to some significant voices on my book shelves (including Jung and Campbell and Tolkien and Lewis) on the power of myth. (It is, by the way, a significant premise underlying my love of movies and novels—embedded in Zoe Life’s explorations on “Reel Theology”: that eternal truth and themes are grounded in and sounded by the stories we tell.)

But, wait! I smell a rabbit trail which I could easily go down!
Best to leave this for another day, another post.

The key here, now – with Christ the King in sight and heart and mind – is on the Christian view of history and its consummation: that, in spite of all the division and madness we witness and experience…