Most folks know of my fondness for John Eldredge’s The Sacred Romance.  It may be the single most influential book in my life (beyond the Bible) – what, for the ways it “connected” my heart with the Gospel… and helped me to embrace my love of media/movies as “means of Grace.”

In his workbook on the same, at the end of each unit, Eldredge suggests/recommends various songs, movies, books, even places as “windows” that he’s found useful in his “journey”… and which he believes might be helpful in our lives and walks along the path of the Sacred Romance.  Very early on, I found myself engaging many of these songs, downloading them, and creating a “Sacred Romance” playlist for my iphone. 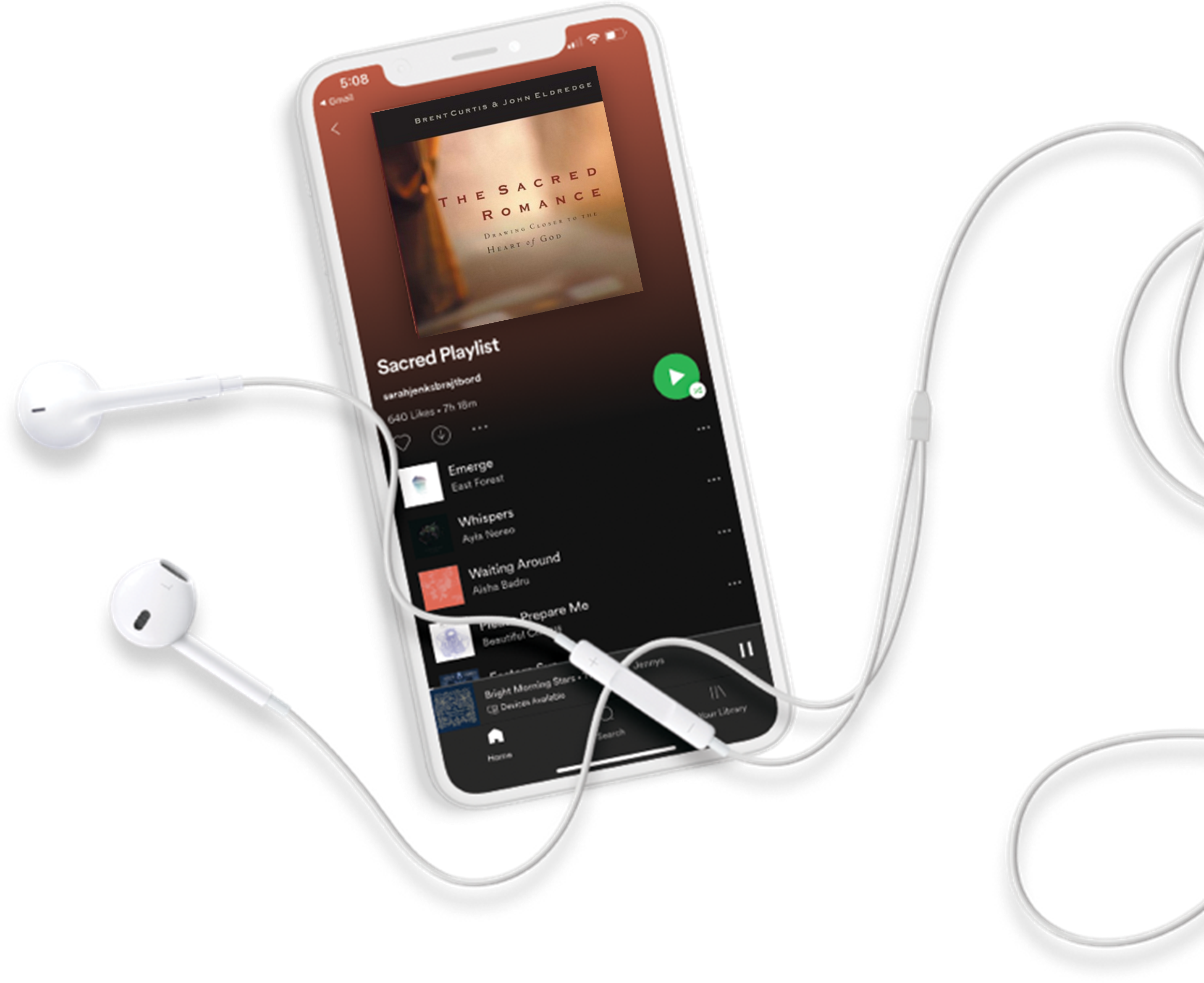 Over time, the list has grown as other songs dear to my heart have been added – some (in the spirit of Eldredge’s original selections) overtly Christian though a good many “secular” in origin but with a very decided spiritual meaning.  (The list, in fact, has gotten long enough that I now divide it into “sections” reflective of “chapters” in my/our story as Christians: Creation [Eden], Crisis [Our “Fall”], Consolation [in/through Christ], Consummation [“Happily Ever After”].)

Altogether, it serves as a “soundtrack” for my life – something I return to regularly to remember the Story I am in (where I have been, where I am, where I am going).

I offer you, then, the “Soundtrack of My Journey in the Sacred Romance.”  (I’ve included sources for the songs I possess but acknowledge that, in some cases, there are many versions and that “it’s different strokes for different folks.”  In a few cases, I have even included links to youtube so that you might engage one or two of these.)  I offer it in the hopes that maybe you’ll find a song or two worth downloading for your own playlist, your own “soundtrack.”  I offer it in the hopes that maybe you have a song to commend to me and my “playlist.”  As much as anything, I hope it invites you to ponder the Sacred Romance we’re all in, the power of art, and the songs (and movies and places) that best define the “chapters” of your life.

Songs of Consolation (and Coming to Christ)

Songs of Consummation (and Our Destiny in Christ)